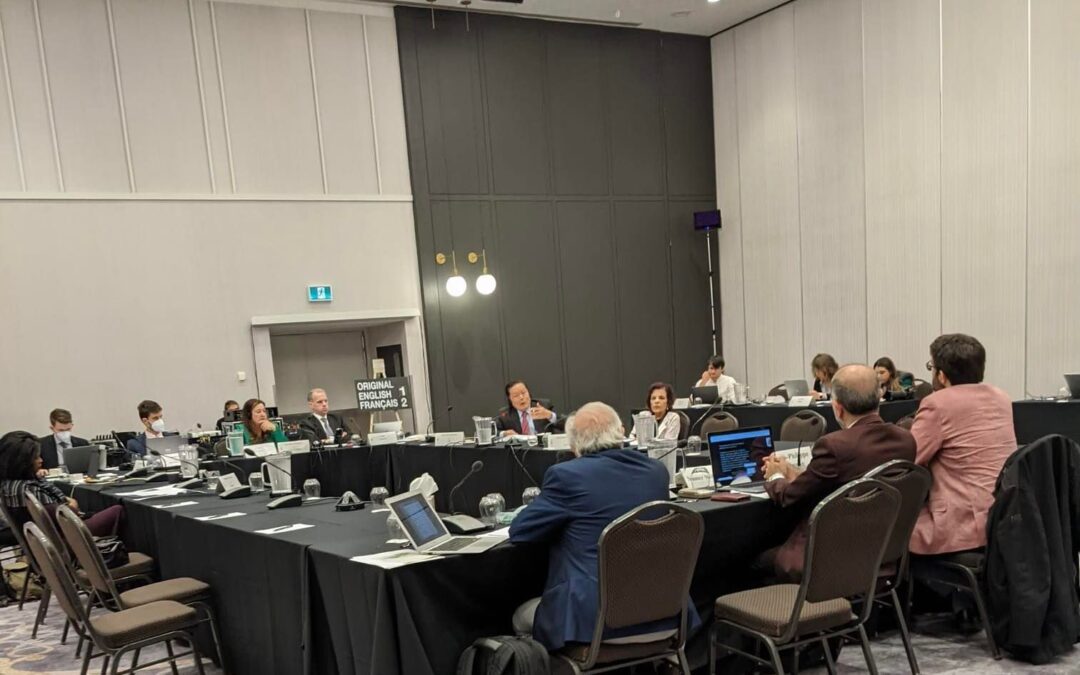 Thank you for the invitation. Today as I stand here to testify as a witness for  Muslim Canadians who are facing sky rocketing forms of hate and Islamophobia across the country that include violent ones. 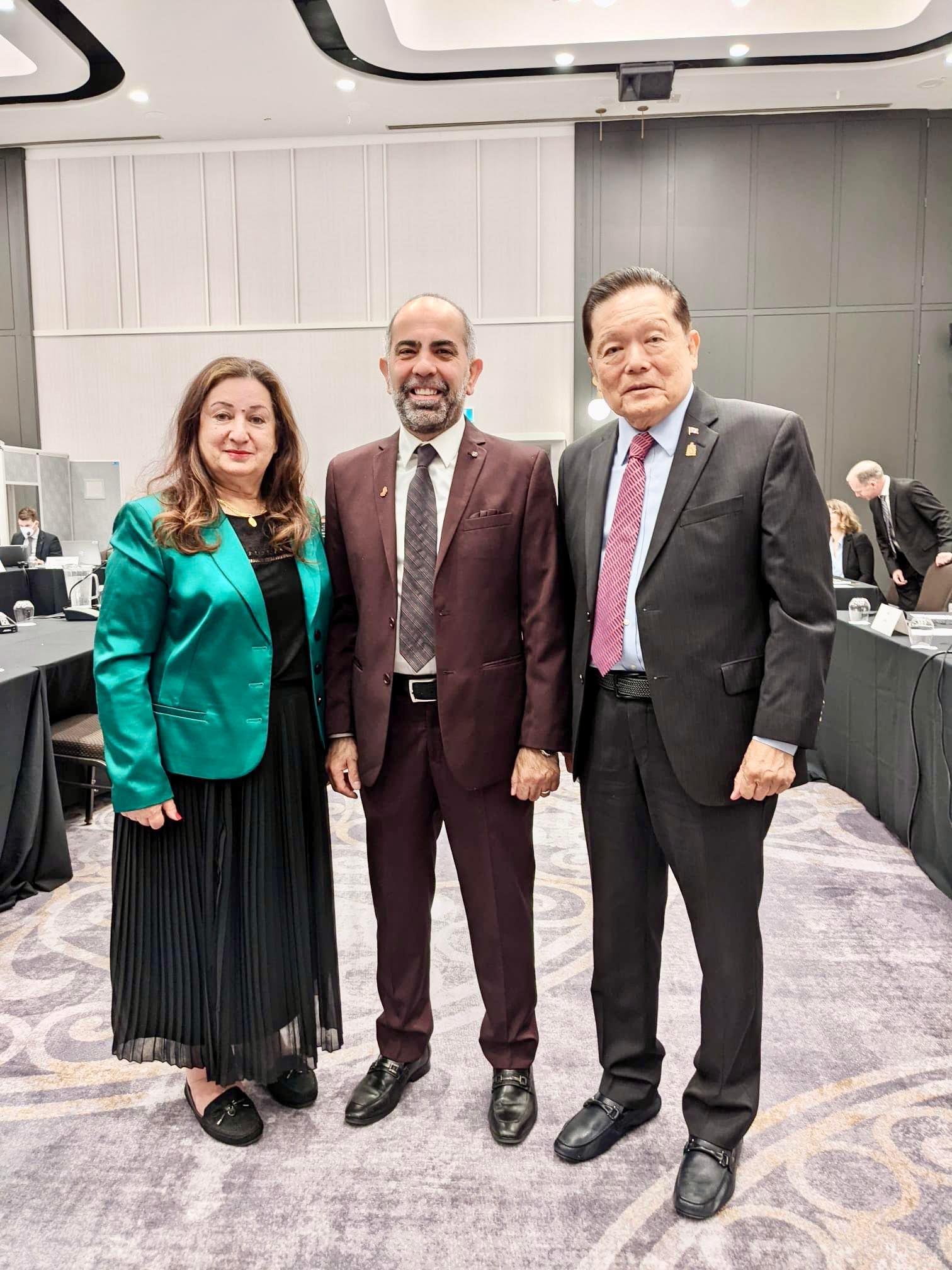 Let me first walk you through two of the Main terror horrific attacks that sent shockwaves through the spine of all Canadians and Muslim Canadians in particular.

These two deadly crimes are some of the terror assaults that have come into light given their grieve dimension. Every day, Muslims face Islamophobia in many forms. Moreover, Islamophobia has been demonstrated as an extreme “deadly” form of hatred not only toward Canadians of Muslim faith, but, also against all citizens of this country and against our values, integrity and human dignity.

To showcase its existence, let me walk you through some of the dates that are of importance to the subject matter;

Different forms and shapes of Islamphobia that Canadian Muslims and Canada as a whole have been witnessing for so long;

– Social media platforms: while respecting liberty of speech, there is a need for solid legislations & directives to assert that social media platforms are not turned into feeding podiums for hate speech, racism and prejudice. Those who preach hate should be identified and brought to justice.

– Extreme supremacy-based ideologies that lead to violence should be addressed as they are the creeds adopted by the perpetrators of the violent Islamophobic terror assaults and aggressions.

– Laws and rules, although at the provincial levels, have implications that hit Canadian citizens hard. As evidence, Bill 21, one of its clear implications is targeting Canadian young women and men because of their choice of dress and beliefs. One survey after the other proves that the implications of Bill 21 have deepened the xenophobic and Islamophobic wounds for so many segments of the society. The unfortunate fact that the implications of law 21 invite hate and discrimination against Canadian Muslims and other communities mainly in Quebec, young women being the main victims of the law.

– Addressing openly what media reports have called a “toxic Islamophobic” environment within some of the federal agencies. This sort of atmosphere has its very severe influence on even the process of decision-making in courts, refugee claimants, and the targeting of Canadian citizens and residents based on their religious and ethnic backgrounds.

– Hidden racism is one of the most complicated challenges that need a special approach from the authorities to be able to be tackled and addressed. Hidden racism is mainly demonstrated in job market hiring, career opportunities and the occupying of higher posts. It’s also manifested in what is considered as a double standard when it comes to Canadian Muslims in particular

– Security and safety of Muslim Canadians: one of most dangerous aspects of Islamophobia is the violence and terror directed at Muslim citizens and their institutions across the country. As Canada have witnessed a spike in such incidents, it’s becoming much more urgent for an action-inclusive plan to address such a very alarming phenomena before it gets out of control and claims more innocent Canadian lives.

Creating concrete infrastructure to address Islamophobia has witnessed  tangible moves within the last few years, starting by the adoption of Petition e-411 that led to both the condemnation of Islamophobia twice at the House, and consequently to private motion, M103, and its recommendations. Furthermore, came the outlining of the definition of Islamophobia by the federal ministry of Heritage, and the designation of January 29 as the day of action against Islamophobia. And lately the federal government call to fill the new position of Special Representative on Combatting Islamophobia.

One of the positive narratives in facing Islamophobia could be by clearly recognizing the contribution of Canadian Muslims in the society at large and at all social, economic and political levels.

Moreover, Women are the most visible victims of the Islamophobia ideology and the extreme populist elements in society. Opening opportunities to Canadian Muslim women in key positions is another component that sends a clear message that all Canadians are equal and all can join the efforts in making Canada a multicultural country.

Definitely, sincere political will, clear regulations, policies and rules, and cooperation with civic societies and communities can bring us all as Canadians closer to diminishing the impact of hate, racism, and bigotry in Canada.

Standing up against Islamophobia would not have been possible without the efforts and contributions of the community, nonprofit organizations, and activists that are resilient in their refusal to be second class citizens and rejection to be victims of prejudice and bigotry. This would not have been possible without political leaderships that have decided to take steps to face hate. And surely, this would have been very difficult to achieve without the support of Canadians across the country.

Speaking about Islamophobia in no way means it is the only hate form that we face in Canada; anti-Semitism, racial profiling, anti-Asian sentiment, bashing of races, and discrimination against indigenous people are issues that we all, as Canadians, and as humans should work for hand in hand to stand up against.

*Initiator of petition e-411, recognition and condemnation of all forms of Islamohpobia in Canada.