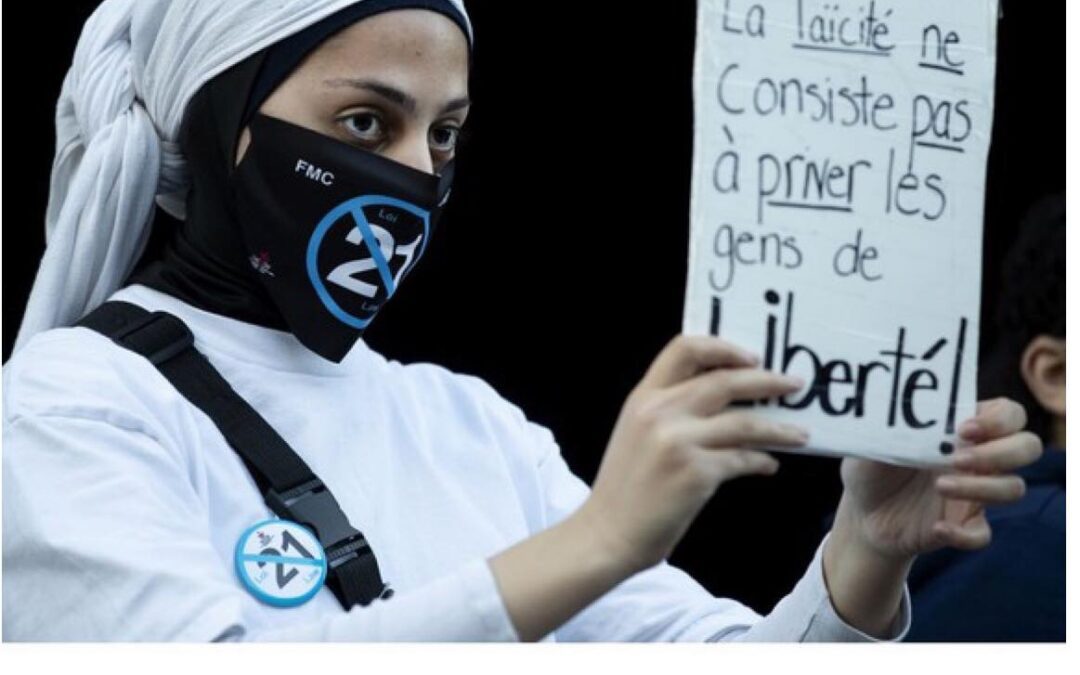 Legal experts speaking before the panel of judges at the Quebec Court of Appeal have affirmed, lately, what have been reiterated by the Canadian Muslim Forum (FMC-CMF ) and other civil liberties groups since day one after enacting bill 21 that Quebec women are the most discriminated against by the implications of bill 21.

Furthermore, the legal experts affirmed that bill 21 should be struck down because of its clear discrimination based on gender.
Canadian Muslim Forum/Forum Musulman Canadien FMC-CMF pointed to the fact that laws that target women in their freedom, depriving them of their basic rights and integrity, the right of free choice of dress code and job opportunity, all in all, act as straight friction on the core of the feminist movement in Quebec.

Moreover, both “French and English school boards” stated that Quebec women of Muslim faith are being laid off and deprived from job posts because of their human identity. Same applies on other faiths; Judaism, Sikhism, Christianity and other.

In this respect, FMC-CMF calls on CAQ’s government to reconcile with Quebec women for the sake of fairness, equality and societal harmony by striking down the implications of bill21 ; Quebec values affirm unanimity and unity of the whole society.